Posted on June 5, 2013 by poppyunderhill

today I have seen the spotted towhee and the scrub jays. I saw a bird I don’t know which might be a grosbeak type two acorn wood peckers and a wren and a titmouse (I think) and lots and lots of humming birds both Annas and Alans. I am clearly going to need a better camera to get pics of the ones I don’t know so someone can tell me what they are. At the very least I clearly need a better bird book.

so here I am in a beautiful house with a beautiful yard and I feel completely out of sorts. I am grumpy and snappy and just not doing well. Of course it is because we are moving and so much is changing. of course it is stress but there are different ways of dealing with stress. There is the freak out option. The constant fight or flight heart racing cranky person or (in my world anyway) there is the calm person who writes down lots of lists and systematically tackles them.

<oh my stars I just saw the hugest raven out my window maybe 15 feet from me and at eye level soar by. made me catch my breath.>

And so I am going back to my basics, which I think is a good idea whenever it feels like you have too much. I also am now in a house much bigger and much different then my last one.

So I need a routine for keeping it clean and running. I will be using Flylady

I have a kid who is out of sorts and who doesn’t feel as connected to her mama as I have been working so much and even when I’m home I am working instead of playing. And so I am going back to our Rhythm of play and fun. 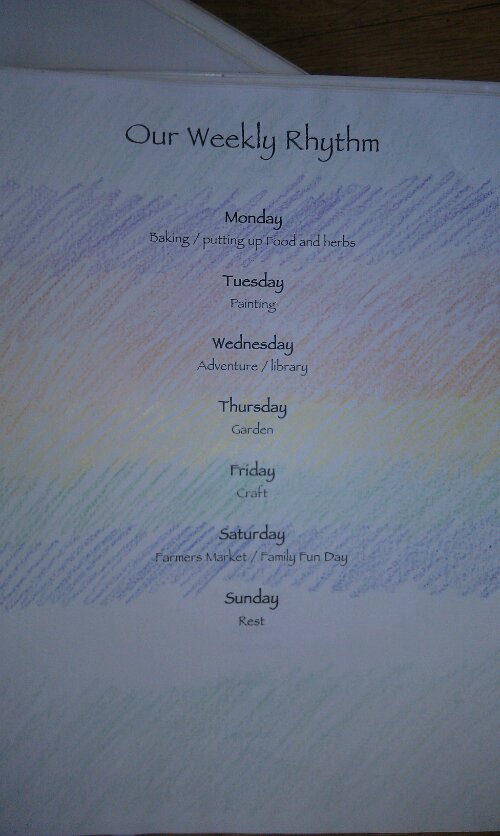 I have a HUGE yard that I have no idea how to take care of and so I need a routine for that. including when and how to water. I also need a list of things that must be done in the garden like build a deer fence around the fruit trees and vegetable garden. I also want to start a dream list that will include chickens and bees and maybe goats. shorter term I need a few more vegetable beds.

so todays goal is simply to make all the lists and find my map so to speak. plan out the journey of accomplishing the duties that need to be accomplished.  Knowing where I stand and where I am going always make me feel better and take my  from crazy lady to calm and cheerful. Hope this day finds you bright and happy.

April’s focus for Little’s education (for lack of a better word) is the Earth and Nature. Fitting of course because we have earth day this month. Now don’t get crazy on me yes we pay attention to the Earth all year round
so I was cruising around pinterest and found a fun pin for an earth lantern. You can find the original blog with step by step pictures here. 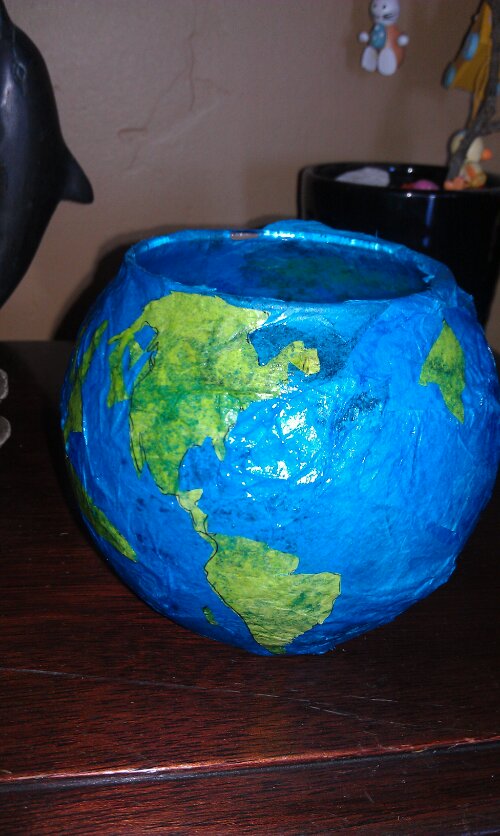 But I do have a few pointers. 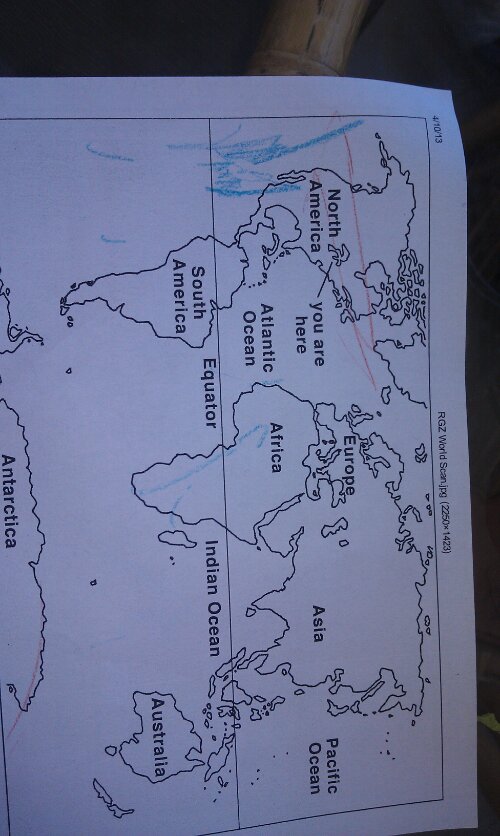 I got a map here and used it to trace out the land masses. Y’all know I can’t draw. 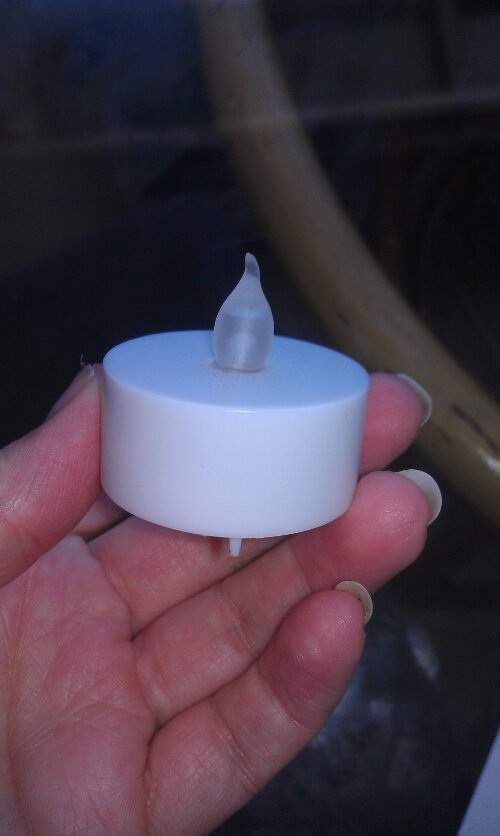 The finished piece is Little’s and will go on her nature table or in her room and so I am not willing to put a real live candle in it. I got a 3 pack of little LED tea lights at the dollar store. Much better for kids safety. 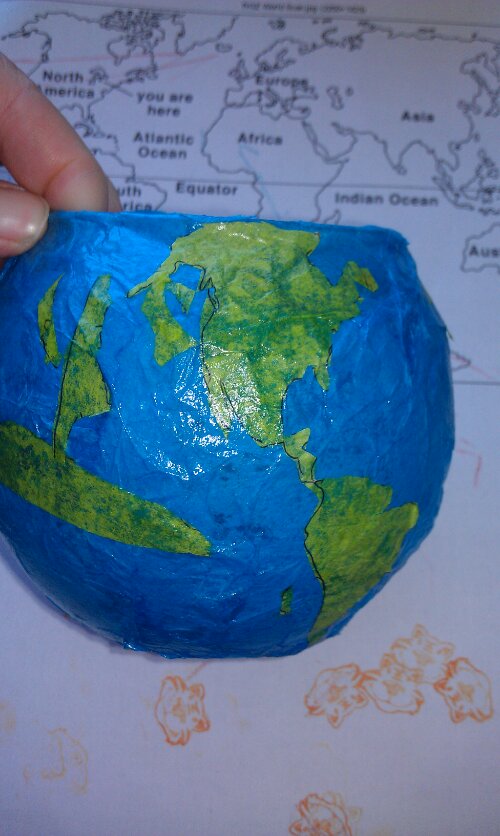 Little wanted to add a few more land masses. So there they are. Sure why not.

Posted on April 5, 2013 by poppyunderhill 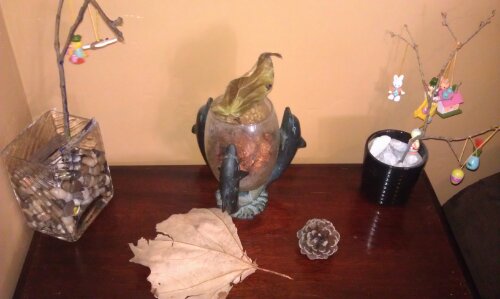 Posted on March 5, 2013 by poppyunderhill 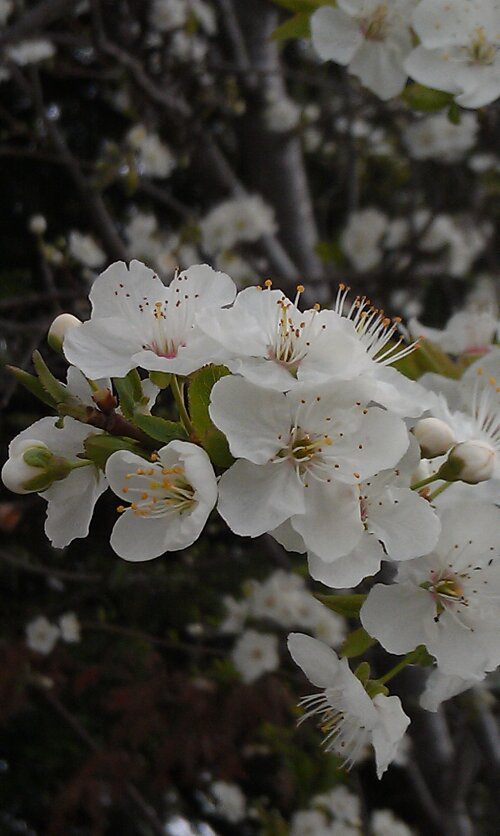 I took this on our walk around the neighborhood this morning.

Oh My Gods How do you define the Divine?

Posted on March 5, 2013 by poppyunderhill

oh bollocks but I’m behind. In all things at the moment, but specifically on several of my blogging aspirations. today I am will try to tackle Magickos Musings February prompt, which is as the title states “Oh My Gods How do you define the Divine?”

Over the years I have had various (all pagan) views on what the Divine is. My oldest and still current feelings is that it is so encompassing that I will never be able to fully understand it let alone explain it. By the way this makes it the third attempt at this post as I truly don’t feel I can explain it, but here we go just the same.

Some basics I don’t care what you call the Divine and as a whole I don’t think the Divine cares either. That said I do not believe that the Divine is only one gender. It does not make sense to my mind that way. I do not believe the Goddesses and Gods are metaphors either. I did for a while think that. I thought the Divine was so large that we broke it down into pieces that we could understand better. There maybe some truth to it but I do not think it is the whole truth.

I am in a circle and one of our members is leading a meditation. It is Imobolc and she asks us to see a road before us.  A crossroads and to pick a direction to travel. Smack in the middle of my crossroads is Brigid and She and I have a conversation.

Several days later I am getting dressed and putting on my makeup.  All of a sudden I see and hear a Goddess talking to me. I have no idea who She is and She did not take the time to let me know. Just gave me instructions and a message to pass on.

Now if you’re a normal person you think ah she is crazy she is hearing voices and seeing people.  To which I would say they were not people, and then this normal person would say delusional. I am very sure that if you looked up my spiritual “symptoms” up you could come up with at least one if not more mental diagnosis. That however is not the point . If you believe that well then I doubt you would be reading this.

So here is the part that strikes me as most interesting.  If the Goddesses that show up to talk to me are ones that I know of but do not actively search out or worship as individuals then why would they show up unless of course they are real or I am crazy as mentioned above. perhaps they knew in the back of my mind I see them some way and they wanted that point to come across but why show up as Brigid then and not anyone else?  Again the only answer I have is because She was Brigid and She could no more show up as some one else then I could.

There is more to this and more implications but it gets more confusing then I can handle at the point.

Pin of the day Ostara ideas

Posted on March 4, 2013 by poppyunderhill

I know I wrote post on that already today but I was looking through my boards. (yes I actually use my boards, I don’t just pin everything in sight, well I do but then I use it) and found this

I am pretty sure this is going to be a scavenger hunt for items that we can then use to place on the eggs while we dye them. By the way I read somewhere that if you paint the back of the leaf with egg white it stays on much better. If you have no idea what I am talking about see my last post.

Posted on February 25, 2013 by poppyunderhill 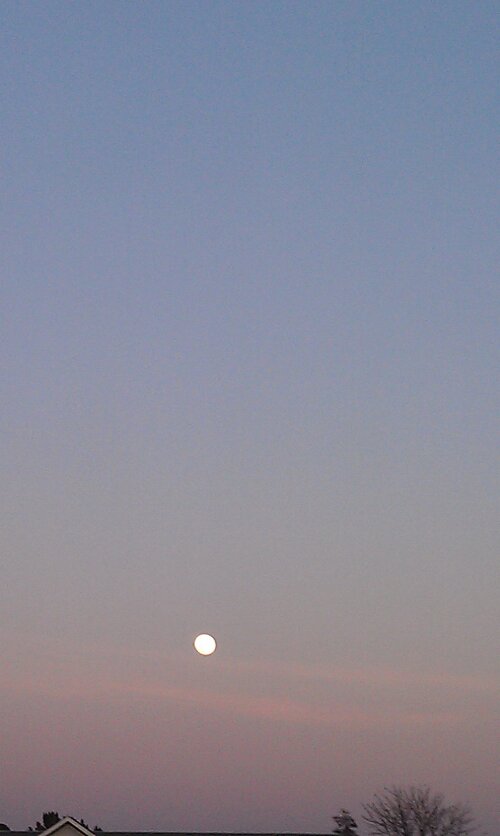 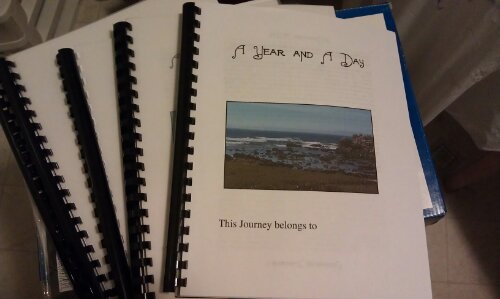 Pin of the day – smell

Posted on February 19, 2013 by poppyunderhill

Posted on February 16, 2013 by poppyunderhill 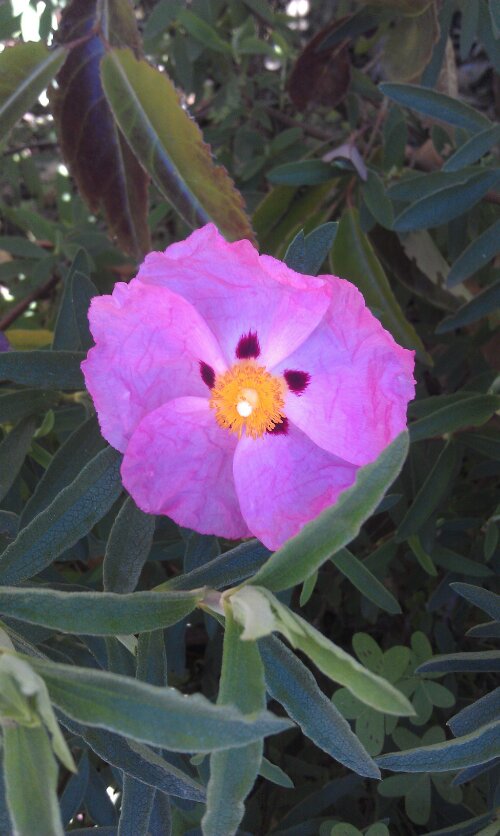 Posted on February 11, 2013 by poppyunderhill 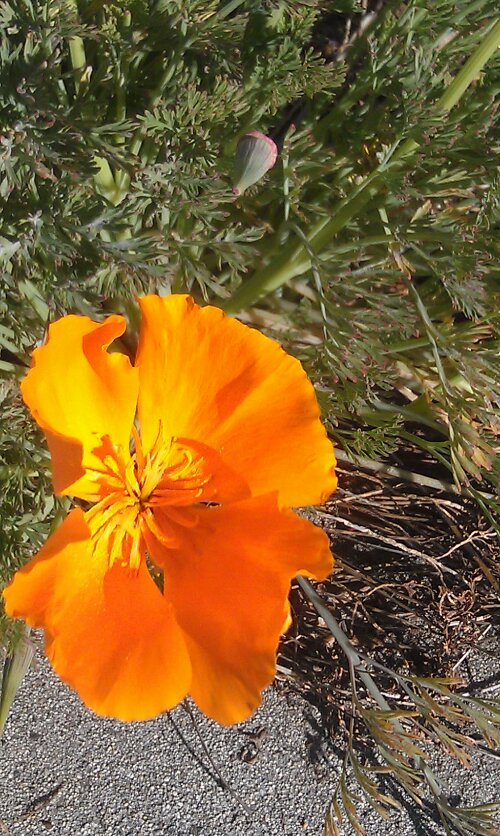 All of the original work on this blog is subject to copyright and may not be used or modified without my expressed consent. Thank you very much. 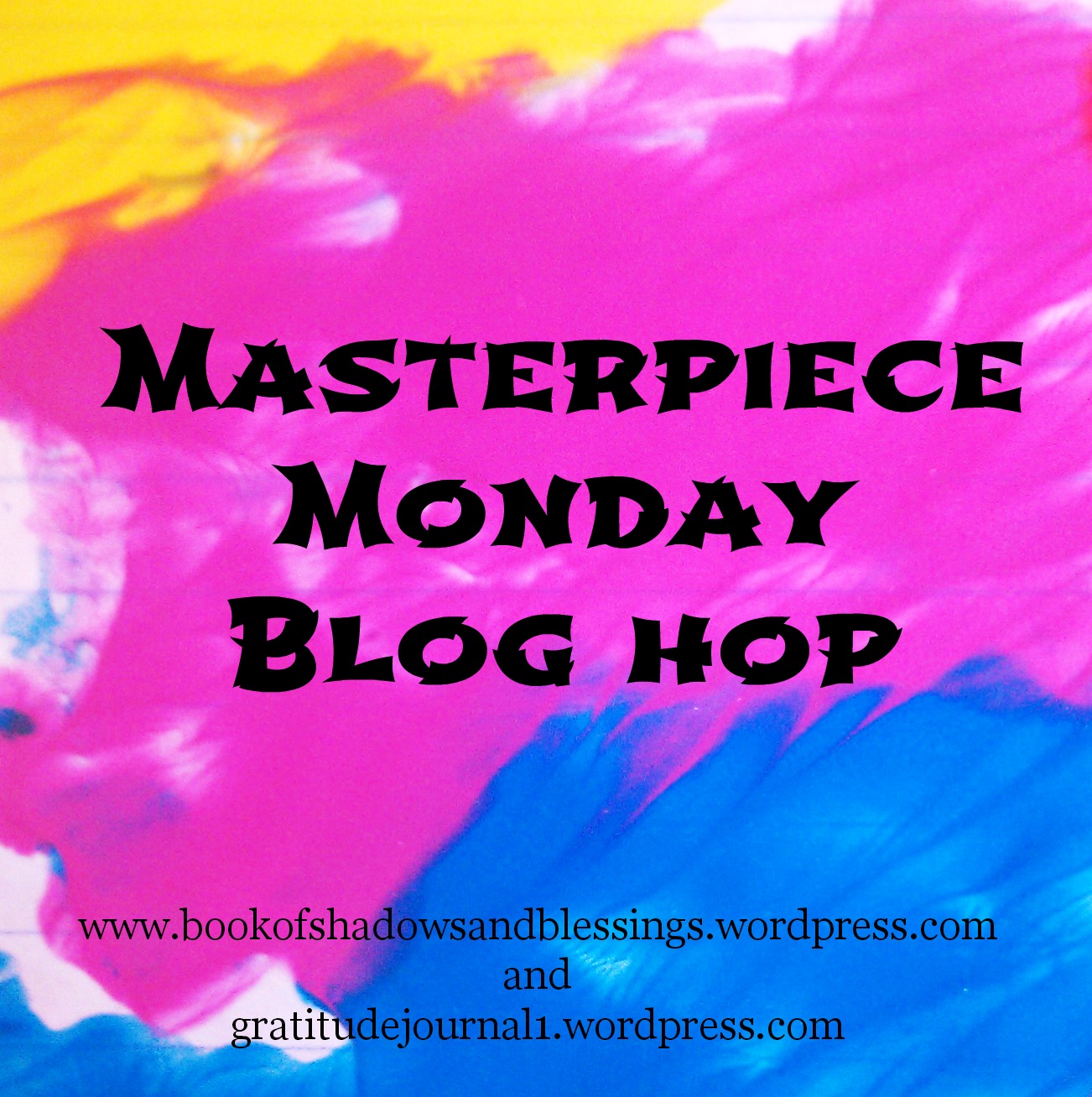 Back to School For Witches too!

The Real Witchs of Halloween

No packaging. Nothing processed. No waste.

An ongoing chronicle of meeting the expectations of the land...

A Mystery School For The 21st Century

Making healthy meals simple and fun for the whole family.

Undermining the Patriarchy Every Chance I Get. And I Get a Lot of Chances (Copyright Preserved)

The Art and Craft of Blogging

The Blessing of the Home is Contentment

Selected entries from the diary of a 21st Century druid.

Love is my Spirit

An exploration of the Infinite Forms of Love...

A mom's adventures in keeping healthy, keeping her sanity, and making stuff.

When You Have Eliminated The Impossible, Whatever Remains, However Improbable, Must Be The Truth.

Combining permaculture, serious crafty skills and a deeply instilled sense of wonder to lead as green(ish) a life as possible!

The Life of a Practicing Pagan and Traditional Witch

the chronicles of a girl with a camera

Because in MY life, these things are no small potatoes

Peaceful Parenting for a Hectic World

Wonder in the Woods

Living and Learning in the Pacific Northwest

The Witch of Forest Grove

Animism, Folk Magic, and Spirit Work in the Pacific Northwest

Living each day with kindness, compassion, inspiration, and humor.